In this piece, I wanted to provide a few simple diagrams that illustrate my understanding of the mirroring of and tension between the two functions on each function axis. While I’m aware that the functions are far more complex than they appear in the diagrams, my intention is to make the relationships between them easier to digest.

As I’ve said in previous articles, Te/Fi types are prone to stressing the differences between individuals and thus perceiving the interests of others as diverging from their own. So much is illustrated in both the Te and Fi diagrams below in which people represented by the circles are very much their own person, but the flows of the two functions are in opposite directions.

The arrows protruding outwards from the subject towards other external objects in the Te diagram symbolizes this direct awareness of the structural configuration of the environment and pursuit of applying the facts “as they are” to secure a desired outcome from the uncooperative world. Conversely, the arrows in the Fi diagram point inwards towards the heart (stars in the diagram because a heart graphic wasn’t immediately accessible), symbolizing the development of personal passions and ideals. Together they illustrate some of the strengths and weaknesses of types who are more conscious of either function. While Te types are often the most attuned to and most effective at applying external laws that dictate order in their environment, they may have difficulty forming ideals and passions independent of these external conditions and may come across as overly abrasive in their suppression of others. Fi types at the opposite end are often truly able to form judgements independent of external conditions and similarly desire for others to follow their own passions without any external interference. In their “sympathetic parallelism” (represented by the dotted lines)and withdrawal from external objects, however, they may not fully take stock of external realities and neglect imposing order on their environments or doing so in the most practicable of ways, so as not to compromise their ideals. 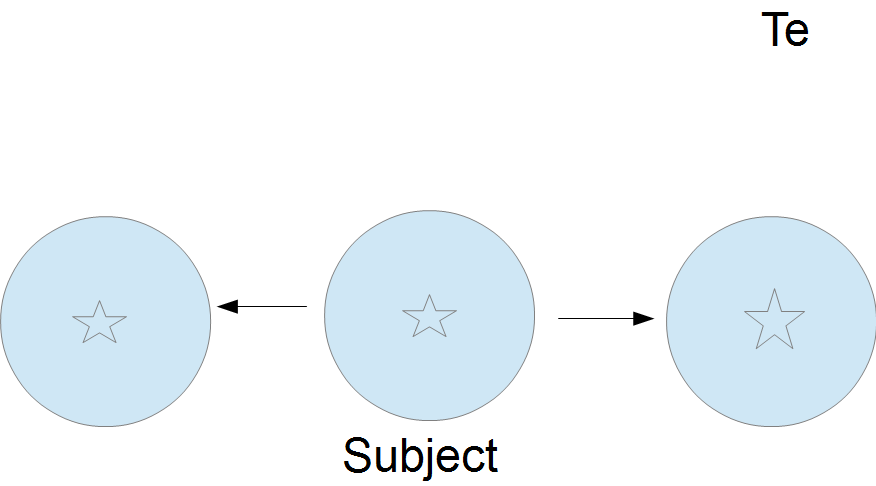 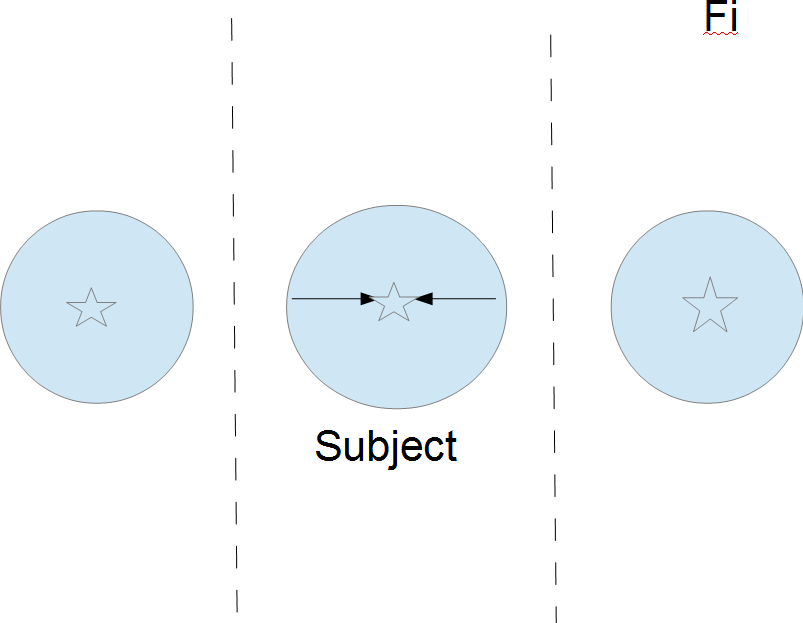 Fe/Ti ontology cares less about the empirical certainties of objects and more about the theoretical commonalities between them. The mess of facts and people in reality are manifestations of ideal objects and cleaner principles in the mind. Both the Ti and Fe diagrams below illustrate that the subject under this mode of cognition sees other individuals as extensions of the self and how all human beings are manifestations of the same ideal object. Because Fe/Ti types see other human beings as extensions of themselves in hopes of identifying or realizing cleaner but more idealistic principles for dictating order,  they are typically less direct than the Te type in asserting their will on their environments, but are also less inclined than the Fi type to withdraw their judgements in the name of tolerance, more consistently maintaining that whatever logic applies to them must also apply to others. The polarization between Fe and Ti appears to be of a different sort.

Ti, being chiefly concerned with identifying and clarifying impartial principles that govern the workings of reality, is interested in the “sameness of people” where it leads to internally consistent categorizations that become building blocks for a fair and equal system. The lines leading back to a singularly well defined principle/object in the subject’s mind is meant to symbolize this internal consistency and proclivity for getting beyond the external “mess of facts” that preoccupy Te. Fe at the opposite of the spectrum in viewing individuals as extensions of the self more personally attempts to build rapport with others on the basis of objective sentiments and identify common goals in working towards collective harmony. While Ti types often have the most internally consistent logic, they run the risk with their impersonal  “one size fits all” approach to ethics/people  of conceptualizing systems that are too detached from the actual sentiments and emotions of people. The diagram shows that while higher up Ti types as Fe types do view other individuals as “extensions of themselves” and are able to factor them into their internal systems, they may be detached from them sentimentally. Fe types tend to have the opposite problem. The internal reflection of their attempts to discern the sentiments of others and add them all up into an inclusive system that appeals to everyone may be logically imbalanced. Hence, in the Fe diagram the subject is in much closer proximity to other people, but because it attempts to incorporate everyone’s differing perspectives, the internal representation in the subject’s mind is not uniform and varies depending on whom they’re dealing with and other personal factors of the objective situation. 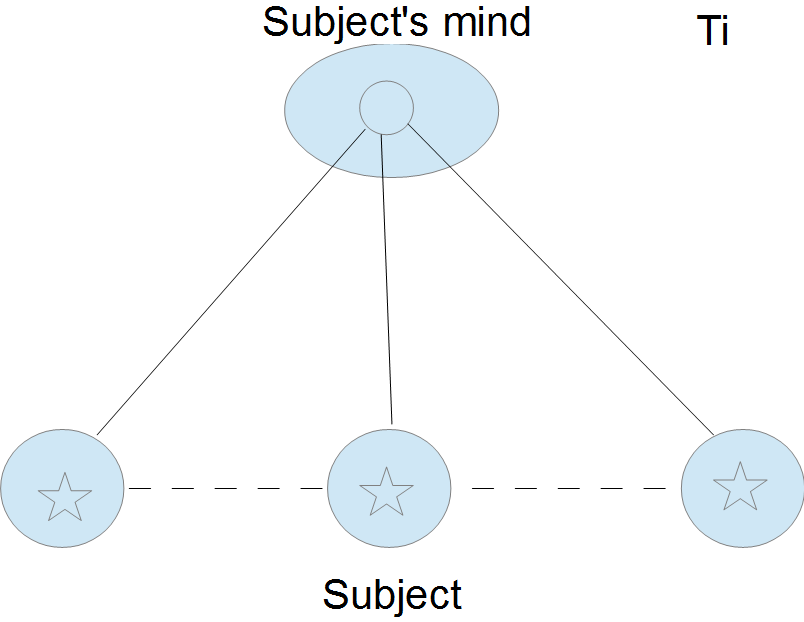 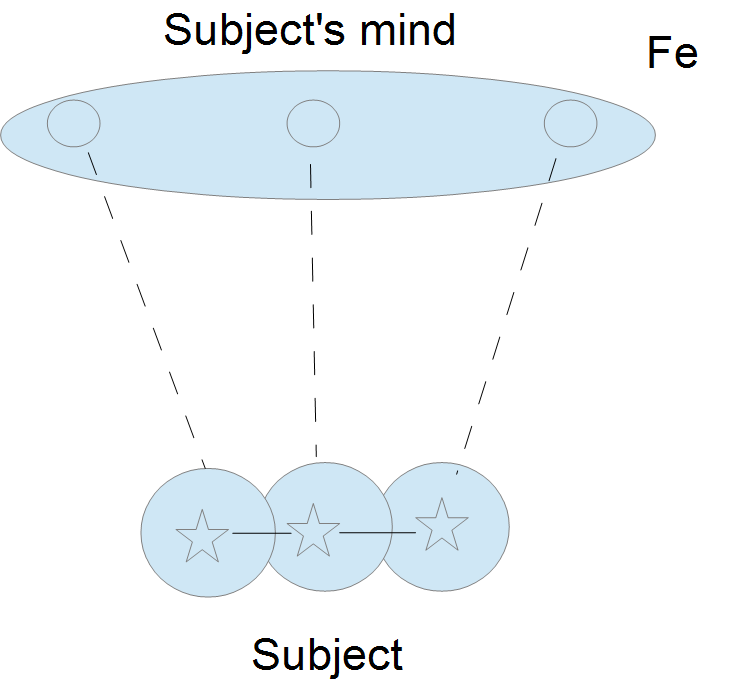 As was first said by the CelebrityTypes admins, Se/Ni perceptions go from “the many to the one.” They attempt to apprehend all relevant information currently available to them and sum it up into a compelling and singular representation in a Bayesian fashion. Unlike the more Frequentist Si type who wishes to repeatedly observe and carefully document all the intricacies of a specific object  before moving onto the next, Se/Ni types only aim to grab a general essence of each object, fast-tracking to singularly comprehend the entirety of what’s in their current frame. Se and Ni however tend to be polar opposites in their zoom levels.

In going from “many-to-one”, Se seizes and captures the facts of external reality on its own terms to gain full awareness of the immediate environment, setting the stage for quick action.  As the diagrams indicate, of all the perception functions its the one based in external reality. Where Se is the most external of the perception functions, Ni is the most persistently introspective and internal as seen in the diagram. The many-to-one process is that of inwardly associating and synthesizing data to arrive at holistic mental representations and noumena that transcend the immediate reality.

These illustrations suggest that while Se types are the most in tune with external reality, they may neglect to take more of long, big-picture view that goes beyond the immediate situation. Conversely, Ni types are often in a position to generate insights that surpass the bounds of human conscious perception, being too much in their own heads they may not be as in tune or respondent to the immediate external reality as they should. 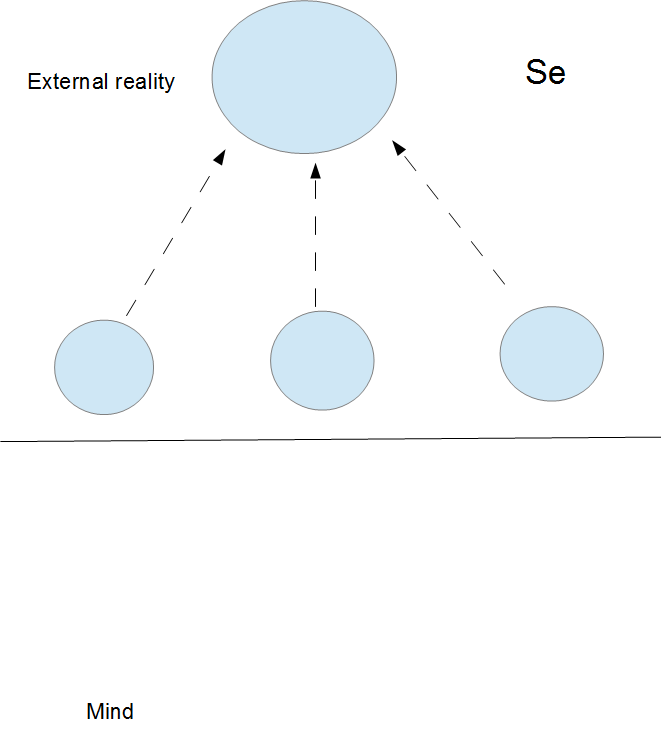 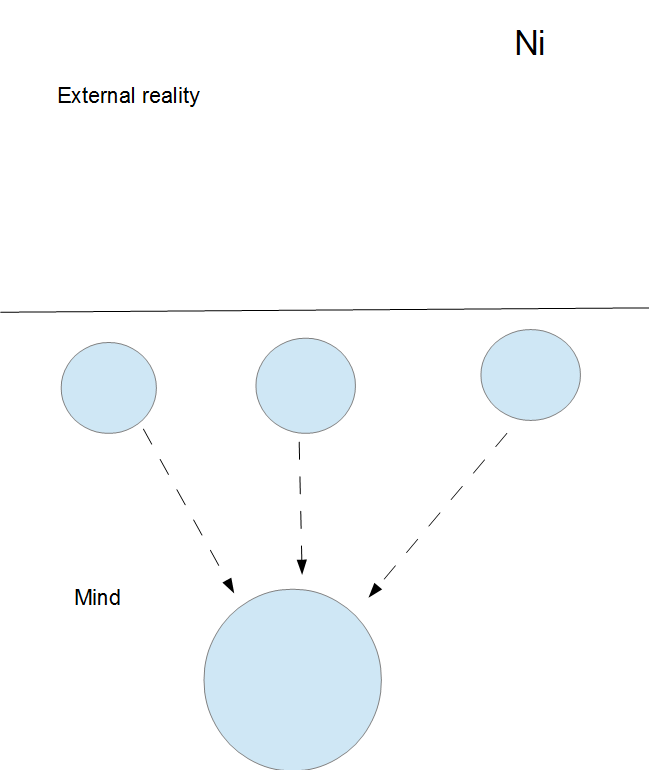 Ne and Si have been called “bastard functions” in the sense that neither is as persistently introspective or internal as Ni nor as direct in apprehending the external realm as Se. The Ne/Si axis is less interested in building singular perceptions from the data currently available to it than in discovering perceptions that are true in a general sense. In their indirect observation of the external world they are looking to add to their internal representation of reality going from “the one to the many”. As you might guess, however, they do this in opposite directions.

Si, as mentioned before, often aims to catalogue all the details pertaining to a situation, idea, or object over time into an internal impression that informs a prepared and consistent approach in interacting with them. In this sense, we can say that when Si interacts with reality it wants to start with this single impression of the object and branch into the many details contained within it that as John Barnes has said, “codifies” it in the mind (however, Barnes notes that he had that expression from Gerroir’s article, Another Look at INTP – OJJT). Ne on the other hand works in the opposite direction. Rather than codify, it aims to expands its view of reality. It welcomes new perspectives, perceiving all the different interpretations of the object, and all the things they’re related to. We might say that Ne goes from the one and “branches out” to the many. While Si types frequently have the best handle on established reality as their thoroughly mapped out internal impressions would indicate, they may be slower to see beyond their current perspectives and welcome new ones. By contrast, Ne types often develop the broadest views of reality in keeping their minds open to several interpretations and perspectives. In doing so, however, they repress Si and can lack consistency in their ideas and their application because they are less cognizant of what they’d see as the mundane details contained within the idea that can see it to successful implementation. 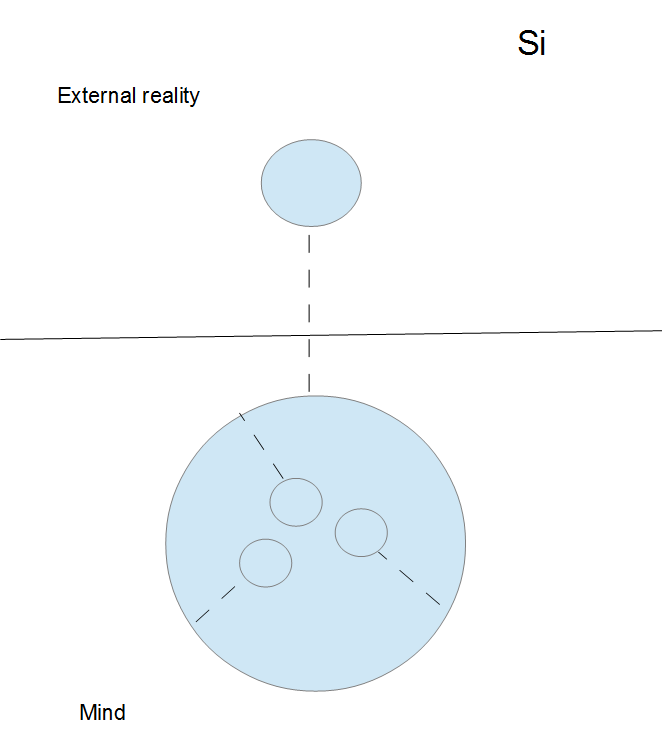 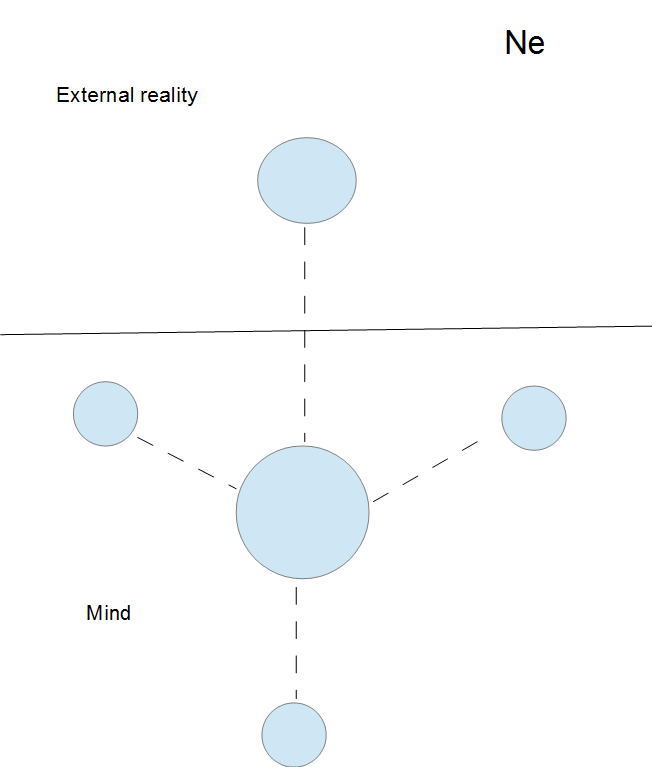